Classic Cars on The Peninsula 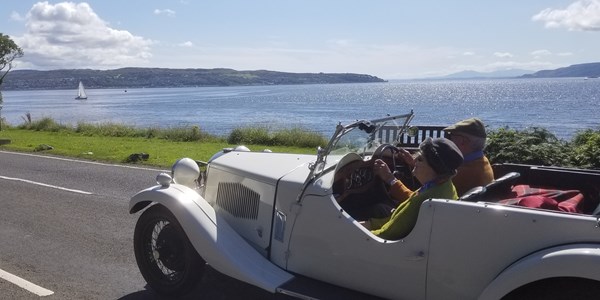 Last Saturday saw a remarkable collection of Classic Cars assembled in the Hall's car park. Though theoretically the Hall was providing a comfort stop for the drivers, the stop-off was an opportunity for locals to admire the vehicles close-up and at leisure. The cars, driven by members of the Scottish Western Thoroughbred Vehicle Club, had travelled from Helensburgh, and were making their way round the Peninsula. Fifteen cars made the trip and included such old classics as the Riley Lynx from 1933 and the Morris 8 from 1938. 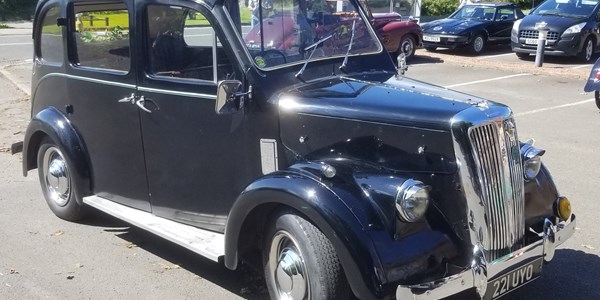 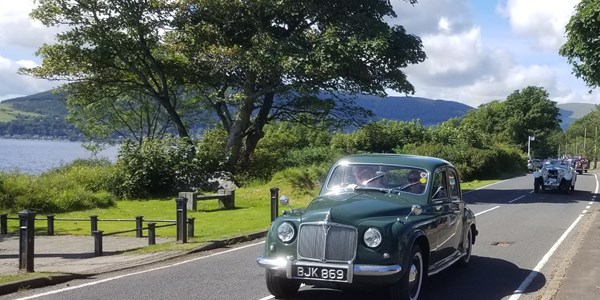 The glorious weather showed off the Clyde Coast at its very best and for some of the drivers, it was their first time on the Peninsula.  Comments ranged from ‘stunning’ through to ‘magnificent’, although there did seem to be some scepticism when told the area was like this all summer long.  The highlight of their tour was a drive along the single-track Barbour Road where the panoramic views to the Arrochar Alps in the north and the Isle of Arran in the south made their day.  A motorcycle up front acted as the road marshal which helped avoid tricky manoeuvres. 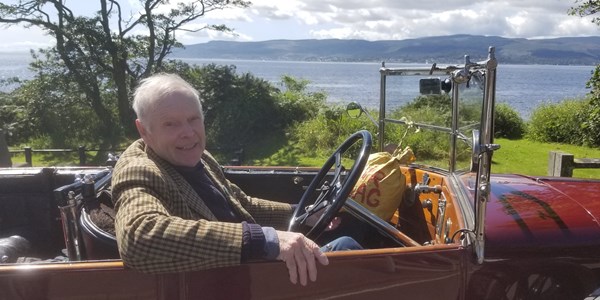 The question of the day was posed by some local teenagers to David Morgan, pictured here in the elegant 1926 Thomas Humber. “Hey, Mister -does it go?” as David drove by!  Well go it certainly does, and it remains a real style icon. At a time when you could buy a decent home for £300 this was selling for £650, but with a 94-year life span, it has more than repaid its original investment.

The event should have been part of the first Cove Burgh Hall Summer Festival of Cars. The COVID pandemic made that impossible but it is being planned for next year, so watch out for this exciting new event.