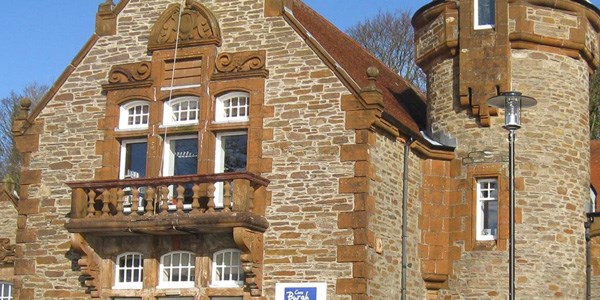 During the last year the CBH Board has been considering in detail the maintenance requirements of the hall’s exterior walls and roof. The façade in particular has been problematic due to a combination of the construction of the stonework and its prominent exposure to adverse weather.

Since 2001 there have been several attempts to address the ingress of water through the facade. Whereas these have led to improved conditions on the interior surfaces there remains a need to undertake more comprehensive repairs.

The main failures have been identified as:

As this work entails considerable cost the directors have decided that it should be undertaken in two separate phases. The first phase will be the central area of the Small Hall and Library façade. Glasgow firm, ZM Architecture, has been appointed as project manager and is creating a works specification. CBH is identifying funding. When Phase 1 has been successfully completed and assessed a second phase will follow to address similar problems at the kitchen, the tower, and the entrance area/Commissioners Room.

The Directors are also intending to mitigate disruption to hall users during the works. Phase One and will involve scaffolding around the central part of the façade. There will also be a contractor’s works area in the adjacent area of the car park. Duration of Phase 1 should not exceed two to three months.

To minimise impact on normal CBH business the Directors are endeavouring to limit work to the hall’s quiet period I.e. when user groups close for the summer months and CBH Events are reduced.