A hero for our time 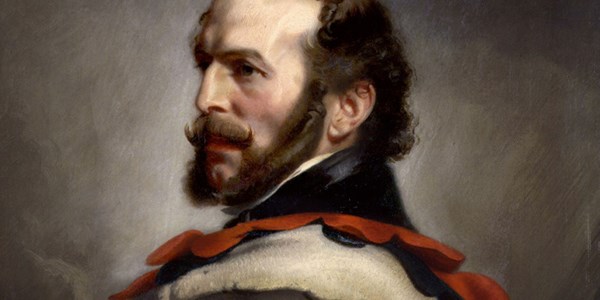 In 1845, Sir John Franklin and 129 men sailed off in search of the Northwest Passage from the Atlantic to the Pacific by way of the North coast of Canada. They were never seen again…

After nine years, news of the expedition was at last brought to London by the remarkable Orcadian explorer and physician John Rae, who worked for the Hudson’s Bay Company. In 1854, Rae had recorded accounts from local Inuits who said that some of Franklin's crew had resorted to cannibalism in a last desperate effort to stay alive.

He reported his findings in confidence to the British Admiralty, but they made their way into a newspaper. Franklin's widow - and much of Victorian society - were horrified at some of Dr Rae's findings, and his reputation never recovered.

The controversy overshadowed the fact that, during his searches for the Franklin expedition, Dr Rae had mapped out a navigable shipping route linking the north Atlantic to the Pacific.

One of Peter Arnott's motives in writing the play 'Unspotted Snow' (coming to Cove Burgh Hall on 11th May), was to pay tribute to John Rae.

The tale of the Franklin expedition has fascinated the general public, scientists and explorers for over a century and a half. From early findings of frozen corpses and a few artefacts to the very recent discoveries of the expedition’s boats, the Erebus (found 2014) and the Terror (found 2016), successive generations have been enthralled by the ambition and derring-do of the explorers and by their terrifying, macabre fate.

The author of Unspotted Snow, Peter Arnott, writes that Rae's meeting with Lady Franklin seemed to be an emblematic clash of cultures not only in the narrow sense of a controversy about methods of travelling in the Arctic, but of an entire suite of attitudes towards nature, virtue and racial prejudice.

At the time, it was Sir John Franklin who died a British hero, a martyr to the God-Directed Cause of Empire. But in these days it is John Rae, who survived by becoming part of the environment in which he found himself, rather than try to conquer it, and who told Lady Franklin a truth she’d rather not hear, who seems more fitted to the title of “hero.”

See the drama played out in the Hall on 11th May by the excellent Mull Theatre Company. Go here to book.