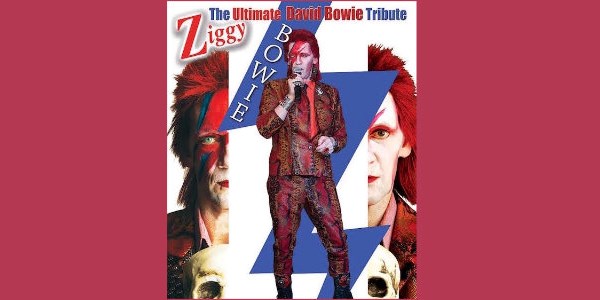 David Bowie was one of the all time great British rock stars whose ability to re-invent himself both musically and physically made him a huge star on both sides of the Atlantic.

From his signature early album Space Oddity in the early 60’s, to Blackstar released just after his death in 2016 he maintained a loyal fan base of Bowie true believers.

Perhaps his most famous creation during the glam rock years was his alter ego, Ziggy Stardust. Now Cove Burgh Hall brings you  ZIGGY – described as the “ultimate David Bowie tribute act.” Come and hear him on February 8th 2020.

To buy online click the button below. Or buy in person from Kilcreggan Post Office, Cafe@Kilcreggan or Cove Country Store. Tickets will also be available on the night at the Hall.