Open Doors at the Hall 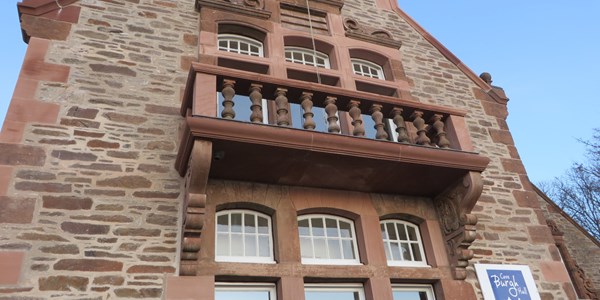 Cove Burgh Hall celebrated the completion of a major renovation programme early in the New Year by having an Open Doors day on January 11th.

A project costing more than £200,000 was a daunting prospect for a small community run village hall, but the result has been to make the hub and heartbeat of the village more secure for many years to come.

Realising that sum took some very hard work to secure external funding led by our director Graham Bell who was able, over a period of almost two years and in tandem with other directors, to win funding from Historic Environment Scotland, the Argyll and the Islands LEADER  programme, the Robertson Trust, and Trusthouse Charitable Foundation all of which was augmented by a substantial sum from the Burgh Hall’s own reserves.

The day attracted some 60 visitors, despite appalling weather; some well kent faces but several new ones, some of whom signed up to be active supporters or volunteers much to the satisfaction of chair Alison Morrison who welcomed the guests alongside members of  board of directors and hosted informal tours of every nook and cranny.

Directors Richard Reeve and John Webb had been on site throughout the lengthy programme of work, and Richard gave a rolling presentation of what the work had entailed with a fascinating photographic history of everything which had been replaced including the beautiful stonework on a completely restored balcony.  Less visible, but equally crucial, was the replacement of internal steel girders running from the façade underneath the top floor library.

A huge task as all that was, it represents phase one of an ongoing process to improve and protect a massive community asset enjoyed by so many local organisations and host to a wide range of entertainment and events.  It’s also building quite a reputation as a wedding venue so anyone thinking of popping the question this leap year – do get in touch.