Some Remedial Works on the Go 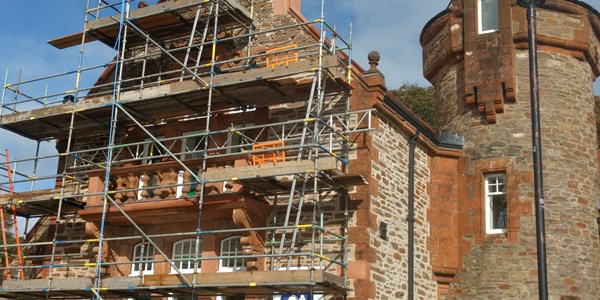 Scaffolding was erected on the main façade of the Hall on Monday 5th October to undertake remedial work. Some of the pointing suffered from cracks during the heavy wind and rain that shortly followed completion of works last November thus allowing water ingress above the library windows.

These defective areas have now been racked out and re-pointed with fresh lime mortar, all at no further cost to Cove Burgh Hall.

Additionally, the flag pole and brackets have been removed and the adjacent stonework has been consolidated. During the next few days minor work will be carried out to the internal surface of the façade to improve the dynamics of the wall.

All this work should be complete by Monday 19th and the scaffolding will be removed therafter.