The story of the Hall so far 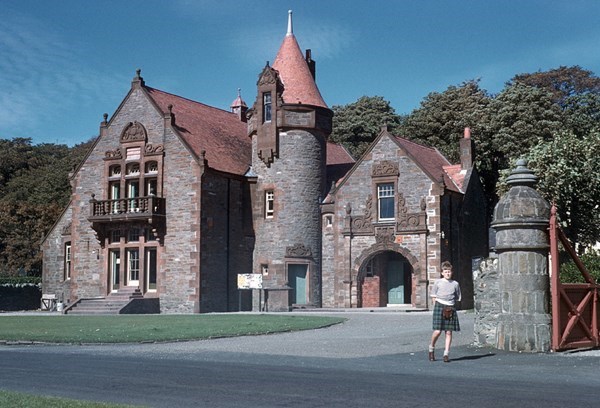 The Hall was the brainchild of Charles Cayzer, owner of the Clan shipping line who had a summer residence in Cove, and who, as Provost, initiated its building in 1891. It was designed by Glasgow architect James Chalmers and was opened to the public as the "village" hall in 1893.

For more than 100 years, under the ownership of the relevant district council, it remained in use as that village hall and hosted films, dances and live entertainment. By 1999 however it's condition had deteriorated quite badly and the then owning council, Argyll & Bute advised the community it would have to be closed because of the high maintenance and running costs and low usage by the community.

The community came together to stop the closure however and formed a charitable company "Cove Burgh Hall" that then bought the Hall from the council in 2001 for the princely sum of £1.

As a community asset, the Hall has grown from strength to strength. As at 2014, some £180,000 has been spent on upgrading facilities (50% from fundraising efforts and 50% from grants) and the Hall is now a warm, clean and welcoming facility. It is extensively used by the local community and continues to host numerous fundraising activities.

The Cove Burgh Hall company is run entirely by unpaid volunteers. For a more detailed history read on.....

The villages of Cove and Kilcreggan were created by the 8th Duke of Argyll in 1849 when, as a money-making venture, he feued the strip of land along the south west shore of the Rosneath Peninsula. Plots were quickly taken up by wealthy Glasgow businessmen who built large villas and castles as summer residences. The two villages were made into a single Burgh in 1865, to be administered by locally elected Commissioners headed by a Provost. However, in its early years the Burgh lacked a proper venue for public meetings and social gatherings. It was not until 1891 that building a Burgh Hall was undertaken. This was initiated by Charles William Cayzer.

Cayzer was a self made man, who rose from poor beginnings in East London to become a very wealthy ship owner. In 1871 he formed the Clan Line Shipping Company based on the Clyde which, through his endeavours, became eminent in trade routes to India and South Africa. By 1890 Cayzer and his family resided in the magnificent Ralston Hall (near Paisley) and purchased Clevedon House, Cove, as a summer residence. In 1891 he was elected Provost of the Burgh of Cove and Kilcreggan.

Cayzer’s first act as Provost was to launch a scheme to raise money (by public subscription) to build a Burgh Hall. An estimated £2000 was required for the project. He donated the first £500 to the project, the remainder being subscribed by the wealthy residents. During the following year Cayzer was elected M.P. for Barrow-in-Furness and his parliamentary responsibilities took him away from Cove and Kilcreggan.

His position as Provost was taken by Peter Donaldson, a wealthy Glasgow iron and steel merchant whose summer residence was Woodbine in Kilcreggan (now the Kilcreggan Hotel). Donaldson was a keen yachtsman and the yachting facilities of the Clyde were perfect for his leisure activities. Under his auspices the project to build Cove Burgh Hall was progressed. Financial assistance in the form of a low feu payment was given by the Duke of Argyll.

The design for the new hall was put out to competition and of the ten architectural practices that submitted drawings, the winning entry, under the motto 'Argyll' was that of James Chalmers.

Chalmers’ offices were at 101, St Vincent St., Glasgow. He was 34 years of age when his design was selected and he was still relatively unknown. He went on to design many well known Glasgow buildings, particularly churches, but the Burgh Hall was one of his earliest public buildings. He had a particular liking for red sandstone and his various designs are generally classified as Classical, Arts & Crafts and Glasgow Style. (Probably his most famous work, commissioned four years later, was the offices of distillers Wright and Greig, later the Distillers Company Office in Waterloo Street). Cove Burgh Hall is typical of Chalmers work.

The Architectural style of the Burgh Hall is “Scottish Baronial”.

Opening of the Hall

Building the Hall was completed in the spring of 1893 and it was officially opened on 14th May.  Provost Donaldson hosted a civic reception to mark the event which was fully reported in local newspapers.
A large brass commemorative plaque dated 1893 naming both Cayzer and Donaldson as central figures in the building of Cove Burgh Hall is on display in the Commissioners Room. (Above the main entrance)

In due course the hall was adopted by the Burgh Commissioners for administration and maintenance.

In 1895 the image of Cove Burgh Hall was placed at the centre of the official Burgh Seal demonstrating the prominent position it held in the area. Newspaper articles of the time report the many and varied events held at the Hall and, as social needs changed, it continued to play a central part in local life.

In February 1999 Argyll and Bute Council declared that, because of the high maintenance load and the low usage, they had no option but to close the Hall. They stated that the cost of repair would be in the region of £190,000. A local committee formed with the aim of preventing the Council from taking this action. It cited many reasons for proper upkeep and continued operation of the Hall. These included its status as a B listed building in Cove Conservation Area and the inevitable closure of Cove Library housed in the Hall’s reading rooms. Despite these and many other arguments put forward the Council continued its plans for closure.

Matters came to a head at a public meeting in Cove Burgh Hall in February 2000. Here local councillors and officers from Argyll & Bute Council detailed to angry residents their reasons for their decision to close the Hall. At this point residents, headed by the late Peter Holland,  formed a committee to investigate the possibility of running the Hall on a voluntary basis rather than seeing it closed. They quickly formed a company (limited by guarantee of directors) to which ownership of the Hall could be transferred and then negotiated funds from the council to carry out repairs and prevent further rapid deterioration of the building.

The community takes over

Within two weeks a deal had been arranged and the new company directors were set to purchase Cove Burgh Hall from Argyll and Bute Council for £1. The council also agreed to provide funds of £50,000 to the new company to assist with essential repair work.

In due course the new directors took ownership of Cove Burgh Hall and set about a huge renovation project. This was undertaken by a combination of professional and voluntary work. It included re-pointing of the south façade and the removal of much rotten wood and plasterwork. New windows were fitted, roof repairs were carried out and a new oil-fired central heating system installed. Work took about 6 months and the Hall reopened for business under its new management in early autumn 2001.

In order to encourage use by local societies, many of which have only limited funds, the hire charged for the hall is kept as low as possible (Bookings). To bolster funds for maintenance and improvement a work team has been formed to organise fundraising events. These events continue and remain popular adding greatly to the social and cultural activities of the area. They include coffee mornings, theatre performances, festivals (including the annual Real Ale Festival) and a variety of dances through the year culminating in a Hogmanay Ball. Apart from the social benefits these events also raise an average of £6,000 per year for hall upkeep.

Along with heavy maintenance costs the directors need to keep in line with any new regulations and, for old buildings, this can prove very expensive. In 2003 they embarked on a project to install disabled facilities and access to the hall. Apart from high costs there were many design and building complications to overcome. The project took four years to achieve and cost in the region of £25,000. It was followed by a £5,000 renovation and redecoration of the entrance Hall which was financed by the directors providing an interest free loan to the hall.

At the same time major work continued on weatherproofing the south façade. The ingress of rain water, particularly during the winter months, caused inconvenience and water damage in the Library and Small Hall. As can be imagined, this proved a difficult problem to rectify. Work continued through the summers of 2007/8 and 9. A considerable amount of work was done to both the exterior and interior of the façade wall and the eventual repair bill was well over £20,000.

Concurrently with this repair work, during 2007 a fire alarm system was fitted to comply with new Fire Regulations. Continued compliance with these regulations requires ongoing maintenance and improvements all of which takes time and effort by volunteer helpers.

The Directors recognise the need for feedback from local residents in order to provide the best, most appropriate facilities. In spring 2009 a Cove Burgh Hall Questionnaire was undertaken asking about hire charges and residents requirements. Over 100 replies were received and considered. Much has been taken into account in the ongoing business plan.

With a building now in its 117th year the maintenance is ongoing. The directors have a wish-list of improvement projects outlined in Building Works.

The benefits of investment in community infrastructure such as village halls are widely recognised. Over the last 10 years Cove Burgh Hall has become an excellent example of what voluntary work can achieve, and now involves a much wider range of community groups and activities. These along with fundraising events form a major part of the social activity of Cove, Kilcreggan and the Rosneath Peninsula.

The Directors would like to thank the Friends and all who assist Cove Burgh Hall and contribute to its continuing success.

Read about the facilities at the Cove Burgh Hall